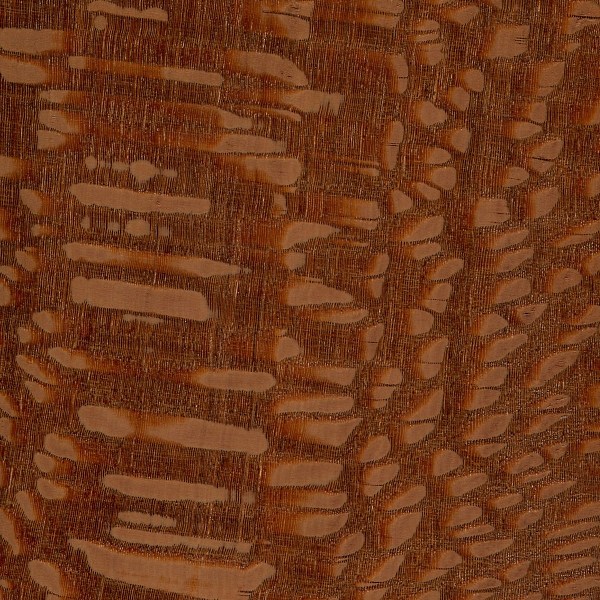 Common Name(s)
Leopardwood
Scientific Name
Roupala montana (syn. R. brasiliense)
Tree Distribution
Central and South America
Tree Size
100-130 ft. tall, 2-3 ft. trunk diameter
Janka Hardness
2150 lbf
Appearance
Has a very conspicuous flecking that gives this wood its namesake. The wood itself is a medium to dark reddish brown with grey or light brown rays, which resemble the spots of a leopard. Like other woods that exhibit the strongest figure in quarter-sawn pieces, (such as Sycamore), Leopardwood has the most pronounced figure and displays the largest flecks when perfectly quarter-sawn; this is due to the wood’s wide medullary rays, whose layout can be seen the clearest when looking at the end grain.
Grain / Texture
Has a fairly coarse texture and straight grain.
Pricing / Availability
Prices for Leopardwood tend to be medium to high for an imported wood.