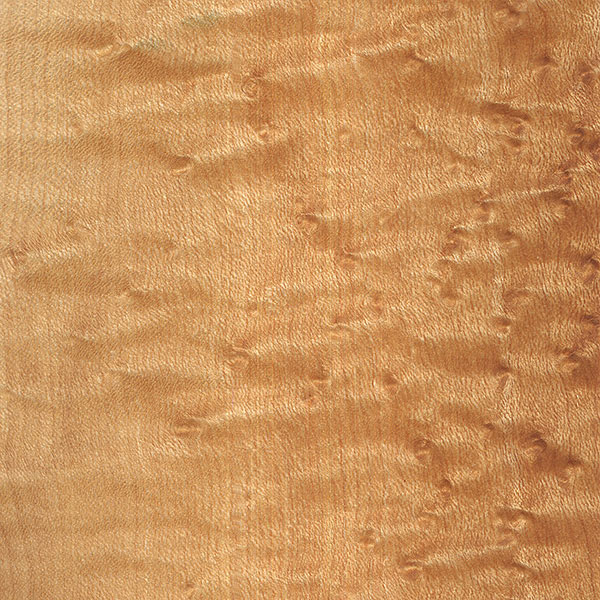 The figure is reportedly caused by unfavorable growing conditions for the tree. The Sugar Maple attempts to start numerous new buds to get more sunlight, but with poor growing conditions the new shoots are aborted, and afterward a number of tiny knots remain. Birdseye Maple is frequently sold in veneer form, but solid lumber is available as well. Being tiny knots, the birdseye figure is most noticeable and pronounced on flat-sawn pieces of lumber.
Grain / Texture
Grain is generally straight, but may be wavy. Has a fine, even texture.
Pricing / Availability
Regular Hard Maple should be moderately priced, though slightly more expensive than Soft Maple. Also, figured pieces such as birdseye, curl, or quilt are likely to be much more expensive.